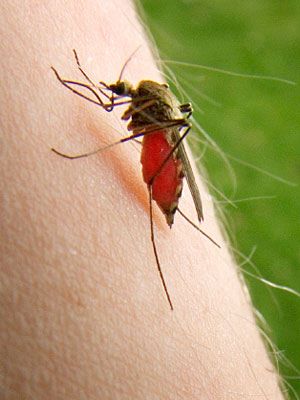 Diseases transmitted by ticks, fleas and mosquitoes are becoming more dangerous and far more numerous nowadays. Between 2004 and 2016, transmitted diseases tripled to nearly 650,000 cases in the United States, a new report from the Centers for Disease Control and Prevention (CDC) finds.

The report published at the end of April says there are likely many more cases that go unreported or unrecognized: “Zika, West Nile, Lyme and chikungunya – a growing list of diseases caused by the bite of an infected mosquito, tick or flea.”

Ticks, which transmit most of the diseases spread by organisms, are gaining ground in the US and in Hungary as well. The most infected areas in Hungary are the western and northern parts but also an area around Balaton. This year we can expect to have many more ticks than usual because of the mild winter weather. When the ticks are completely exposed to temperatures of -15 degrees C or more, it is enough to kill off many of those that have not insulated themselves in the ground.

Mosquitoes are a growing threat too, causing periodic epidemics of dengue, chikungunya, West Nile and Zika. These diseases are spread as mosquitoes expand into new territory and are brought home by travelers. Unlike tick-borne diseases, which are not infectious, mosquito-borne diseases are.

For the latest news check the CDC site before you travel to see where Zika may be found, because Zika is still very dangerous for pregnant women. The good news is that despite the presence of the Aedes aegypti mosquito in 38 US states, the incidence of Zika is low in the US. Even better, there are no instances in Hungary.

Getting control of these tiny creatures is a challenge. And because they are carried by wild animals such as rodents and birds, it is difficult if not impossible to eliminate them.

The black-legged or deer tick is responsible for Lyme disease, which makes up more than 80% of tick-borne disease.

The simplest way, but uncomfortable in the heat, is to place a barrier between the skin and a day-biting mosquito, namely long sleeves and long pants. You can decrease the risk further by applying anti-mosquito sprays and creams before going into nature.

Don’t forget that Margaret Island is part of nature also, even if it is inside the city, and you can meet lots of mosquitoes and ticks there. The best anti-mosquito creams or sprays contain around 15% DEET (the common name for N,N-Diethyl-m-toluamide).

In a study published in the New England Journal of Medicine in 2002, researchers compared several types of mosquito repellents head-to-head in laboratory tests. Fifteen brave study volunteers took turns sticking an arm treated with mosquito repellent into a cage full of hungry bloodsuckers. The researchers took note of how long it took a mosquito to bite. The one that won had 24% DEET in it.

Why do mosquitoes bite me and not others?

Summer is a great time to be outdoors in the sun and in the green areas of the city. With a little bit of protection you can help reduce the possibility of insect-borne diseases.

Pebbles in Your Plumbing

Catching a Cold When It’s Warm
Scroll to top