Understanding the Different Types of Arthritis

Arthritis is as old as mankind itself (maybe even older). We can tell it’s been there all along from the kind of injuries we’ve found in the joints of prehistoric skeleton remains. 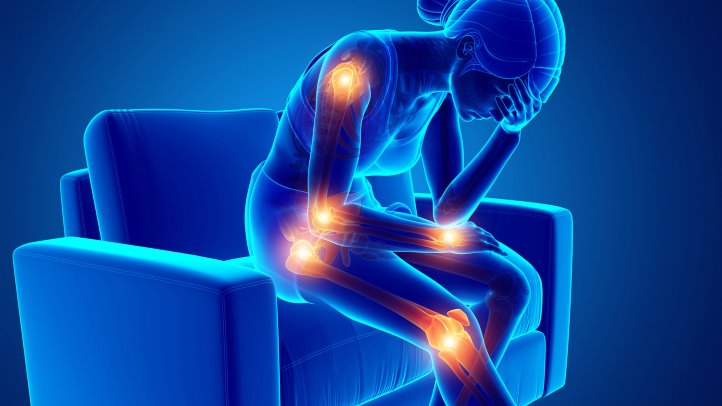 Sooner or later we will all have some kind of problem with our joints, and, in many cases, it will turn out to be arthritis. It’s linked to aging, but aging is not the cause as far as we know. It has more to do with the lack of the nutrients that can keep your joints healthy and compensate for the unavoidable wear and tear that comes with just being alive.

The human body has plenty of joints. Arthritic pain usually appears in very specific joints, not all of them. And those will be the joins you use the most. In men, it tends to be the feet, spine, and knees. In women, it’s usually the spine, knees, hands and fingers.

The essence of arthritis is joint inflammation. This happens when the cartilage in your joints breaks down and bones start to create friction with each other. It’s a very nasty grinding feeling and that creates swelling and inflammation.

Arthritis comes in two main varieties called osteoarthritis and rheumatoid. There are some others as well but they are less common.

Osteoarthritis is inflammation as bones rub against each other. This happens when the body mechanisms to avoid such friction can’t be sustained anymore. Normal joints include oil sacs, membranes, and cartilage that prevent this but when they wear down the bone to bone friction becomes unavoidable. This kind of arthritis comes about because of excessive or improper activity.

This is not normal of course (that’s why it’s an ailment) as most people in the world keep using their joints without developing this condition. And yet, some people do not use their joints all that much and still become arthritic. Which means that excess activity cannot possibly be the whole story.

Let’s be clear. We don’t really know what causes arthritis. But, at least for the time being, it seems it is caused by a combination of factors that include nutritional deficiencies, excess (and improper) joint activity and emotional issues.

Rheumatoid is a word that means “kind of like circulating pain.” It has nothing to do with overusing your joints, it’s an autoimmune condition. It happens when perfectly healthy joint tissue becomes a target for the immune system and it starts killing it. It starts with joint membranes and then goes for the bone structure. It can happen at any age at all and it can become crippling as it gets worse.

This disease is not as old as other kinds of arthritis, it seems it only appeared during the 20th century. We suspect it could be genetic but there’s a good probability it has to do with a bad diet in which the joints lose their chemical balance and health because they don’t get the right nutrients.

This is an old disease as well, called Gout in innumerable history books. It happens when uric acid deposits accumulate in your feet and legs joints. Uric acid usually leaves your body through urine (hence the name) when your kidneys are healthy. When it can’t find a way out it gets stored in your joints.

Gout happens more frequently in men, obese people, diabetics, alcoholics, and people with high blood pressure. Gout comes from the Latin word gota which means “drop”. We have that name because the Romans thought that this ailment was caused by poisonous crystals in the blood that, drop by drop, were deposited in the toes. They were not all that wrong.

Some evidence suggests that drinking wine with your meals has a role to play in this. The combination of meals and wine puts an extra strain on the liver so it can’t do the full job of metabolizing both things at the same time. But red wine (in moderation) seems to have some health benefits so don’t take this too seriously.

Other Types of Arthritis

There are other kinds. They are less common, but they exist. Let’s have a very quick look at them:

Arthritis – An infographic by GeriatricNursing.org

If you are experiencing any of these symptoms or believe that you may be suffering from some type of arthritis, speak with your doctor.

Pebbles in Your Plumbing
Scroll to top